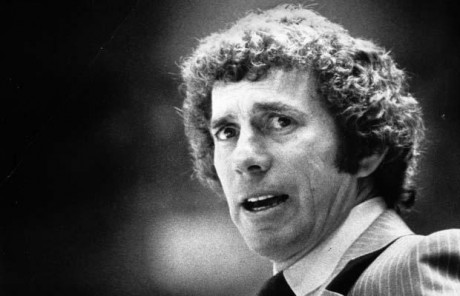 I received an email the other day with a proposal for player tracking, which for the sake of privacy, I won’t go into here. But the proposed metric was similar in some respects to the somewhat infamous Neilson Numbers (which you can read up on here). I thought I’d publish some of my thoughts on these types of metrics here, since at first glance they seem much more useful than something like corsi.

But first, what are Neilson Numbers. They are a version of +/- that attributes a “plus” to a player who is seen to directly enable a scoring chance for, and a “minus” to a player who makes a mistake causing a scoring chance against. They were created by a legendary coach named Roger Neilson in the 1970s, and have been adapted and used by a number of front offices and coaching staffs around the league; it is believed they remain in use today.

In theory, Neilson numbers are great. They are obviously better than conventional +/- both because they don’t award marks to players who have nothing to do with a play and because they are based on scoring chances rather than goals, which is good because shooting success is largely – but obviously not totally – luck-based.

So what’s wrong with them? Well first of all, anything to do with scoring chances is incredibly subjective. The most objective way to track them is to count any shots from the home plate area that spans from the goal posts to the faceoff dots to the top of the circles, but that really just tracks “close in shots” rather than scoring chances.

Neilson used the home play area, but also incorporated screened and tipped point shots, which add a subjective layer. Even if one person could avoid bias and maintain an objective view of such a chance constantly, once anybody tried to assemble a team to track these numbers league-wide, one would encounter serious scorer issues.

The second major issue with these numbers is that they don’t take into account the probabilistic nature of hockey, not just when it comes to shooting, but also driving play up the ice. Basically, Neilson Numbers attribute scoring chance causality to the player or players who directly cause the chance, whether it be with a seeing-eye pass, or a deke, or being in the right place at the right time. But the factors that cause chances go far beyond that. Players that are able to make defensive stops, to transition to offense quickly, to generally lead his team to good results without necessarily making the flashy play, are going to be severely undervalued using these metrics.

Corsi (or on-ice shot attempt differentials, if anybody is new to fancystats) certainly has its flaws. Often players will get a “plus” or “minus” for a shot attempt they had nothing to do with, but the advantage is that because the sample is so large, this variance after long enough will get filtered out. Sure, if you flip a coin 10 times, you might get 8 heads. But if you flip it 1000 times, you probably won’t get 800 heads.

As I wrote in the email:

“While something like corsi has its flaws, the main advantages to it are that it is mostly objective in terms of tracking, and that it focuses on results over a large sample. In essence, it says ‘I don’t really care how you make your team score more goals when you’re on the ice than the other team, I just care THAT you do.’ Obviously, this is once you take contextual factors into account.”

That last point is really important. Process is obviously important, but in the end if one can prove with statistical significance that player makes his team better, then the question of why is of second-hand importance. Guys like Anton Stralman would probably register pretty awful Neilson numbers, but their ability to push play in the right direction is critical to team success, and isn’t recognized by direct-contribution metrics like that of Roger Neilson.